Closely on the heels of visit of Ms. Hina Rabbani Khan, foreign minister of Pakistan to New Delhi, the event had a strategic meaning with both the countries making all efforts to see a durable and sustainable regional co-operation and peace in the region. Efforts were also made to accelerate economic transact between both the countries as the pakistan delegation experienced an extremely fulfilling showcasing of their handicrafts for commercial gain.

Speaking on the occasion, Vikramjit Sahney, International President, World Punjabi Organisation, stressed that flourishing culture and economy between both the nations is the key to consolidating the fragile unity that is too deep rooted to be torn apart by vested interests. We must quest for stability in the region by getting rid of terrorism and extremism thus creating conditions for rapid development and social harmony. We have the will and determination so we shall succeed.

On this occassion, Navjot Sidhu was felicitated on the prestigious platform of WPO and true to his personal style, he enthralled the august gathering with his most interesting quotes that were being thrown as bouncers in all directions. He stole the show with anecdotes, inspirations and laughter – all weaved in one. his response to the overwhelming appreciation received by the dignitaries was, ”Mein Mitti Meri Zaat Vi Mitti, apne wal wekhan te kuch nahi palle, Upar wale di rehmat te tuhade pyar wal vekhan te Sidhu di balle balle!” he further added, “Prem parichay ko pehchaan bana deta hai, khiza ko gulistan bana deta hai, Prem insaan ko bhagwan bana deta hai.

The programme had a melodious flavour with beautiful rendition of songs from the 60’s and a sumptuous meals that had the taste of Lucknow and Peshawar to every guests’ delight. 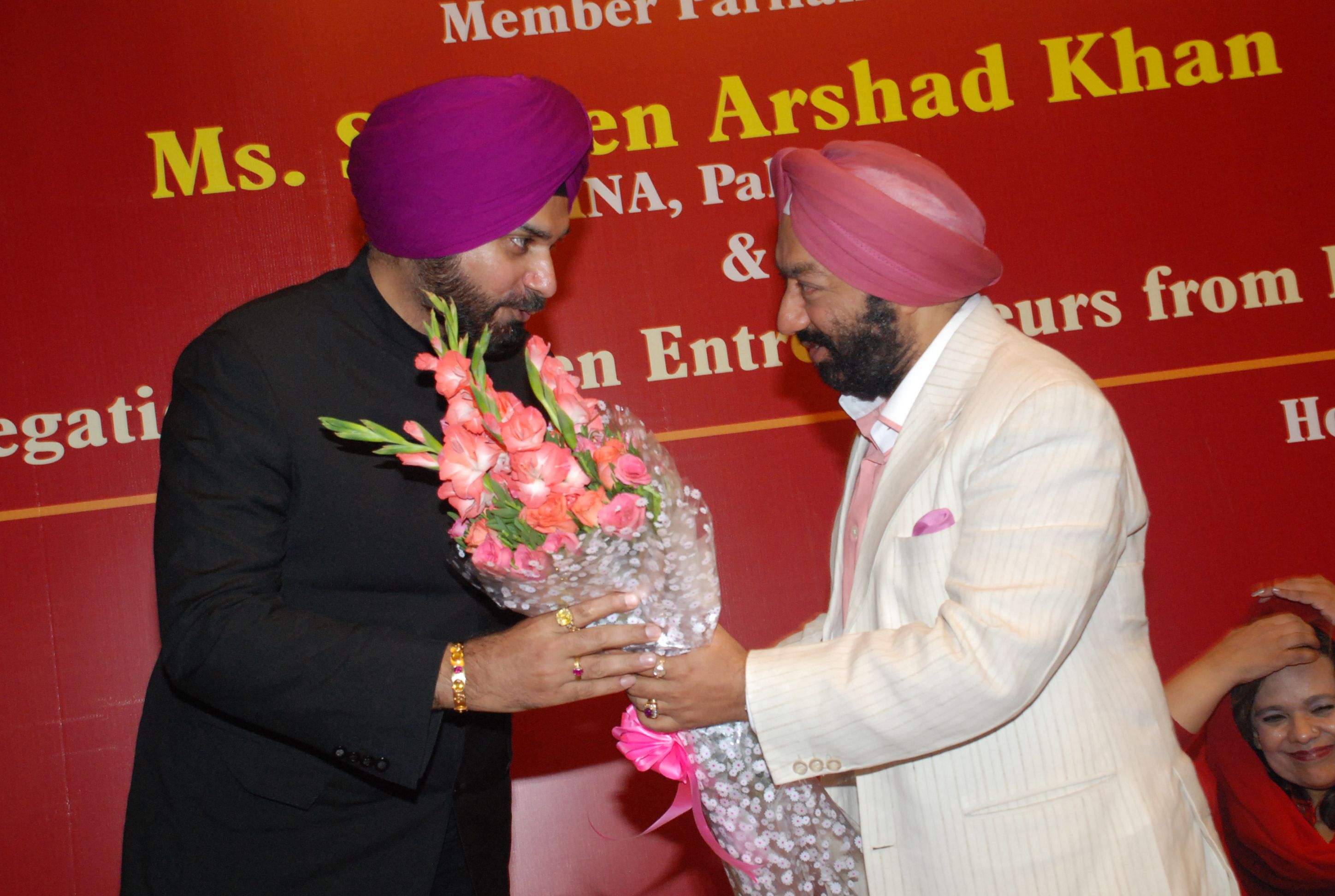 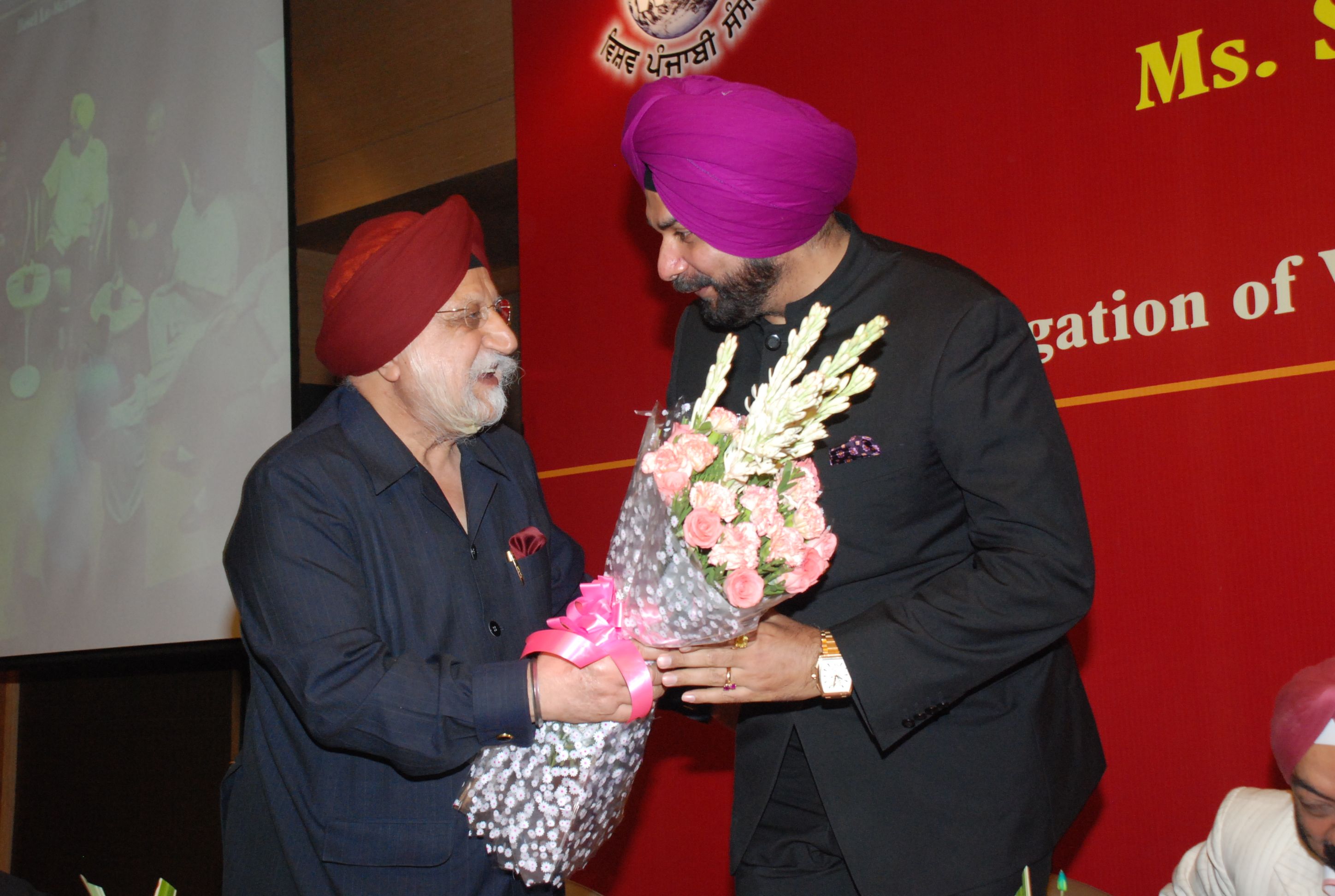 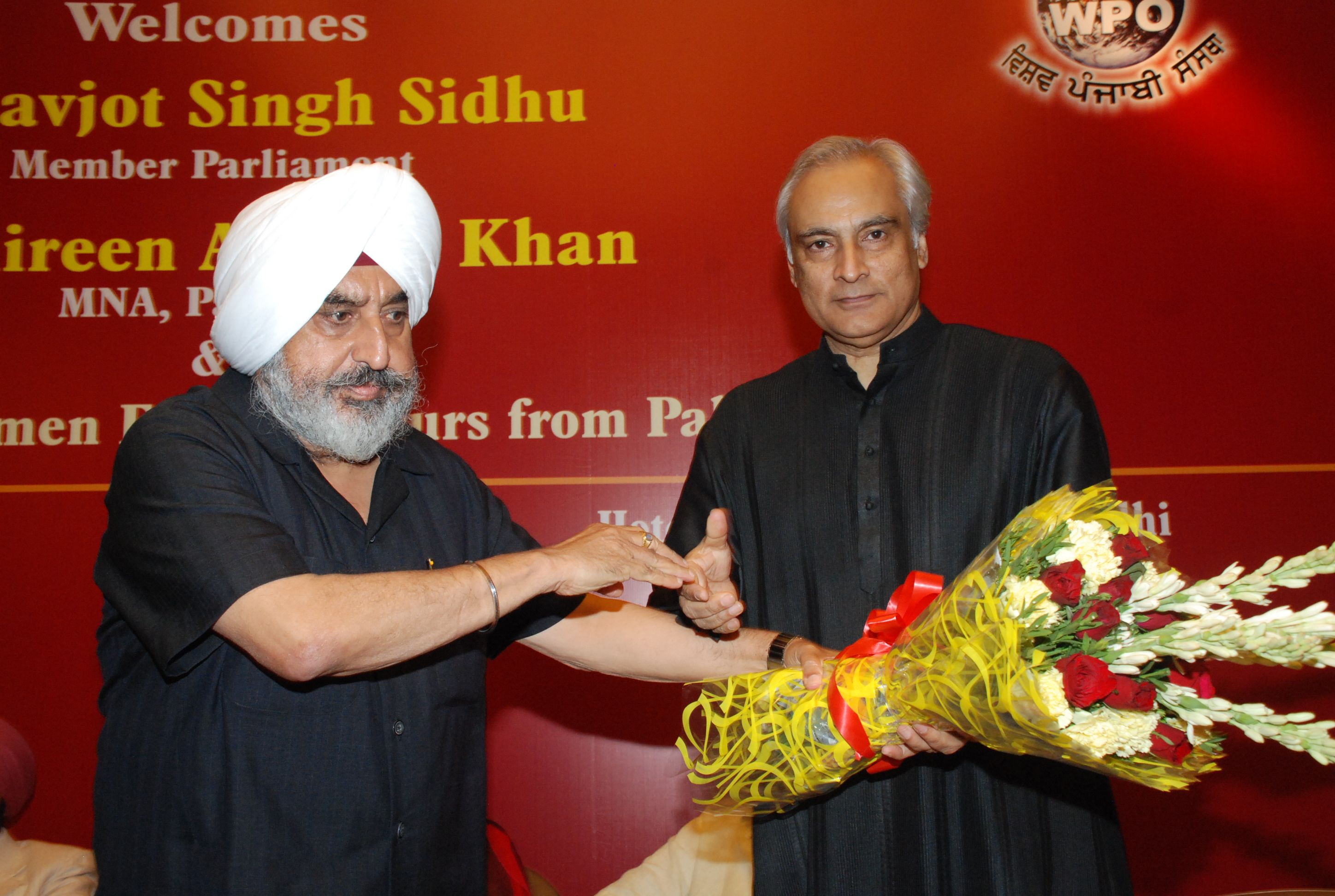 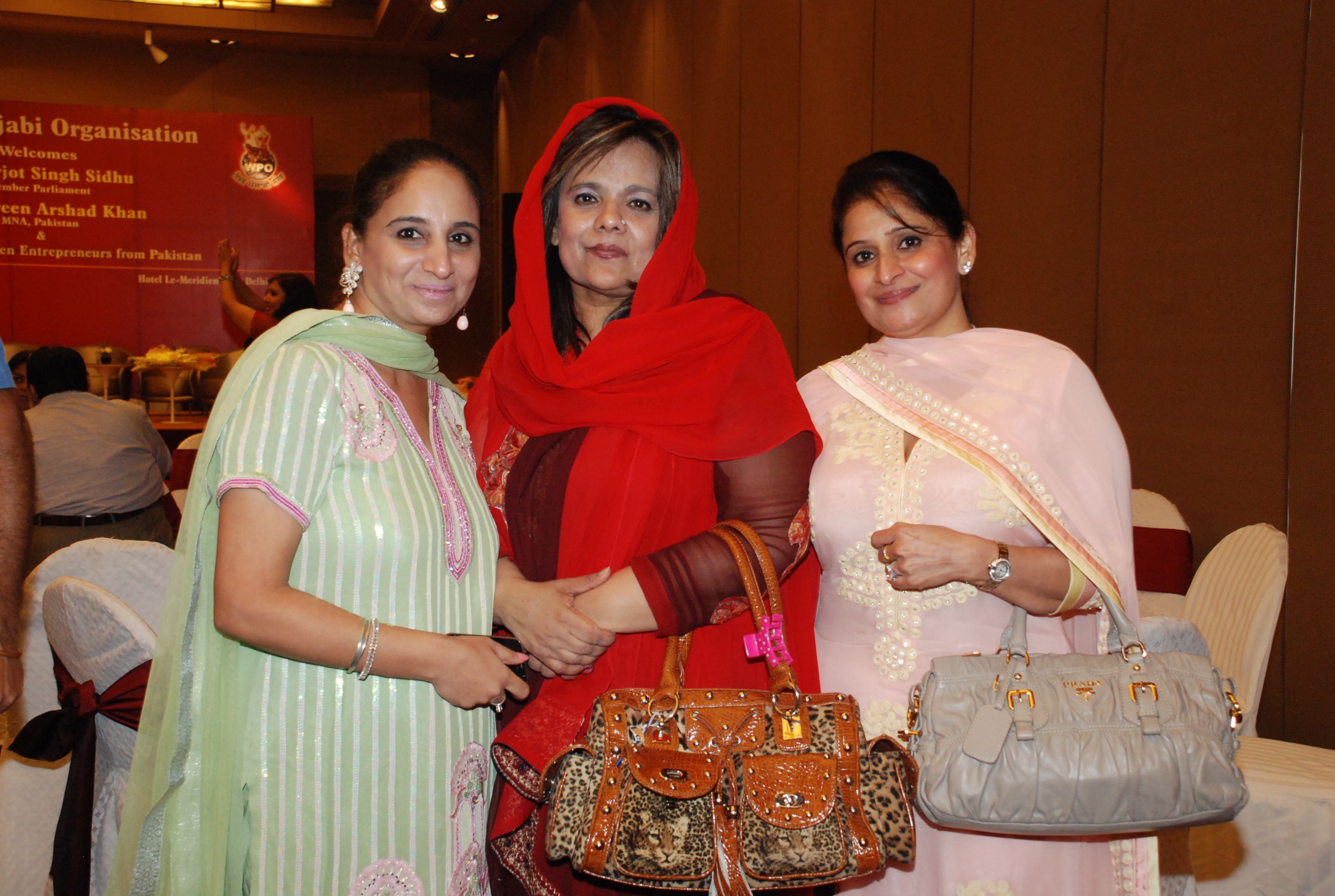 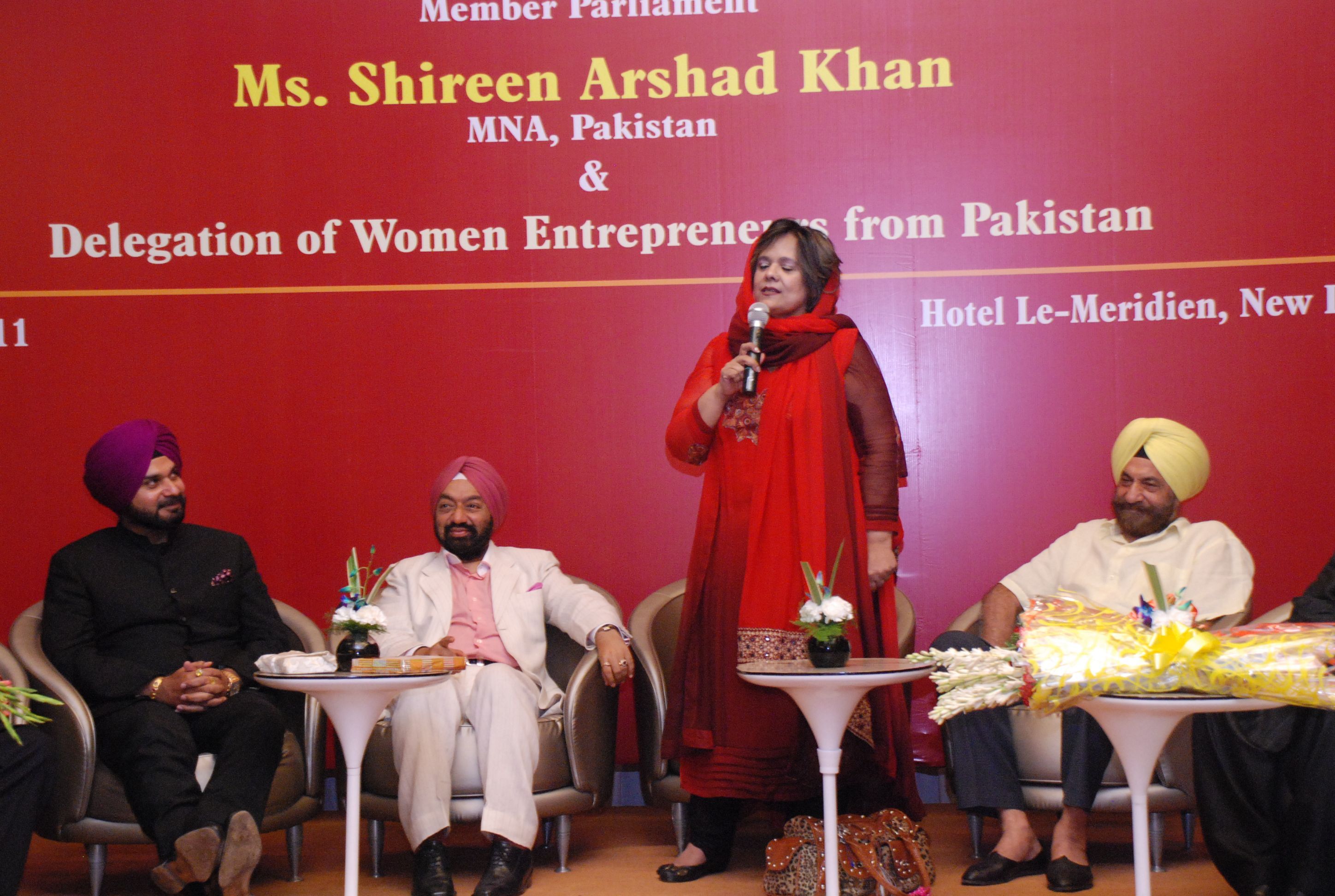 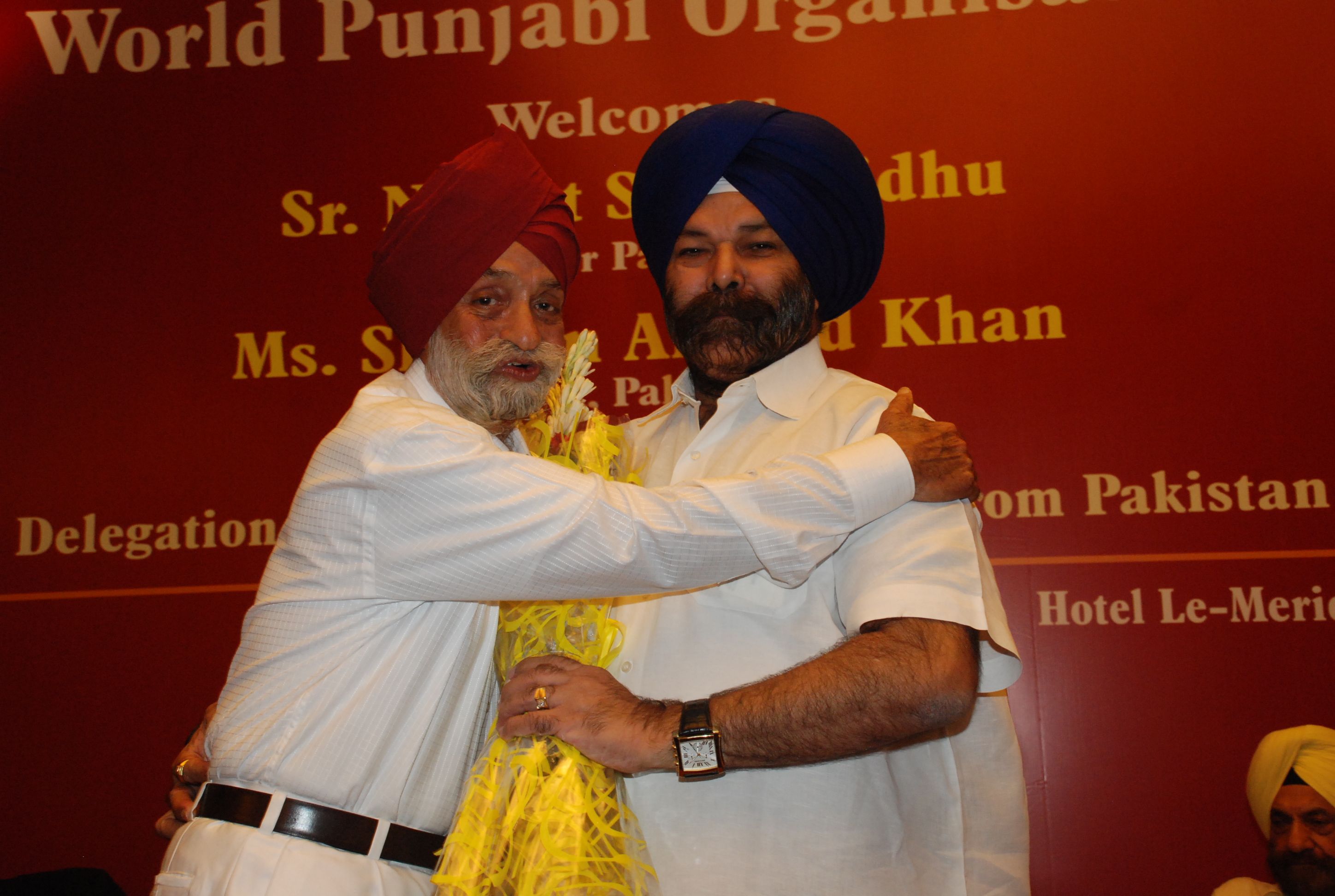 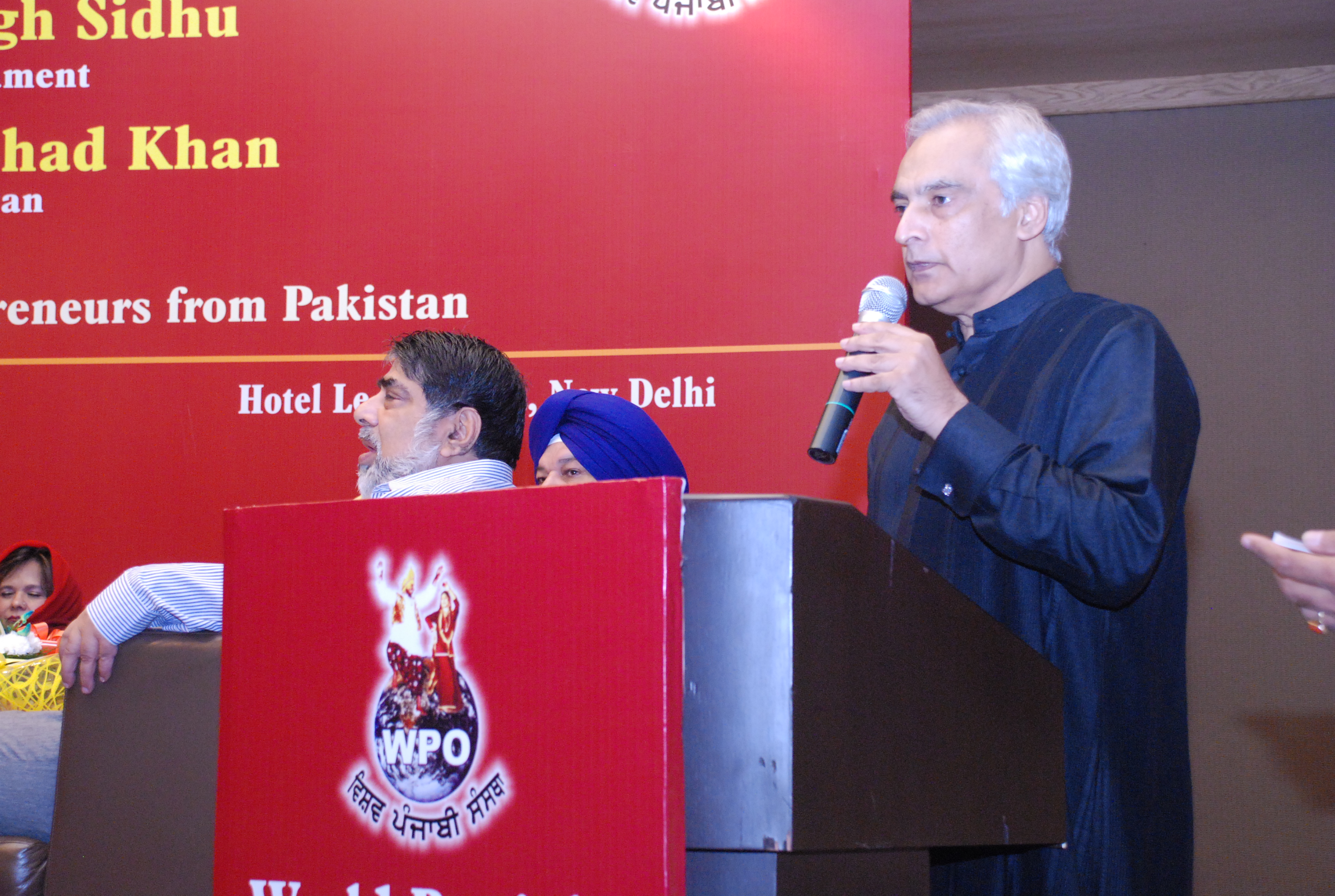 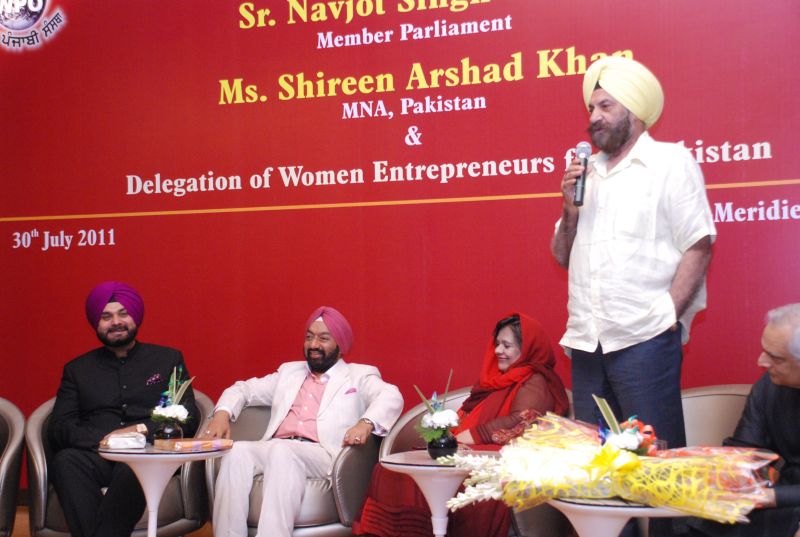 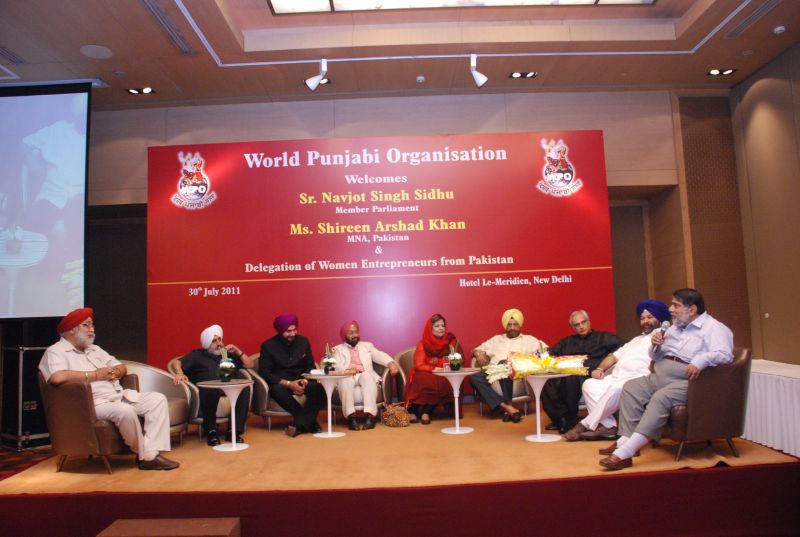 Dignitaries on the Dias. 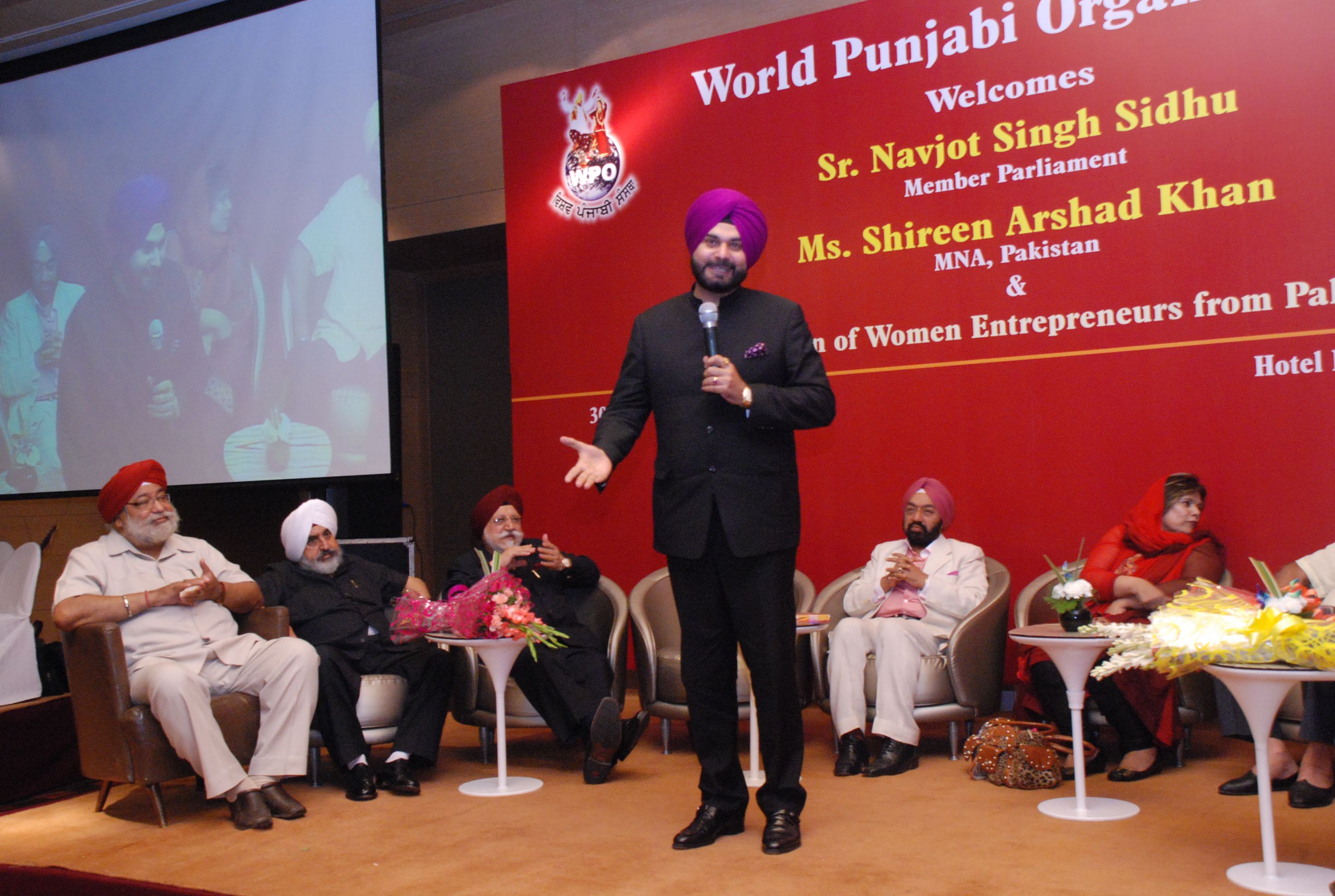 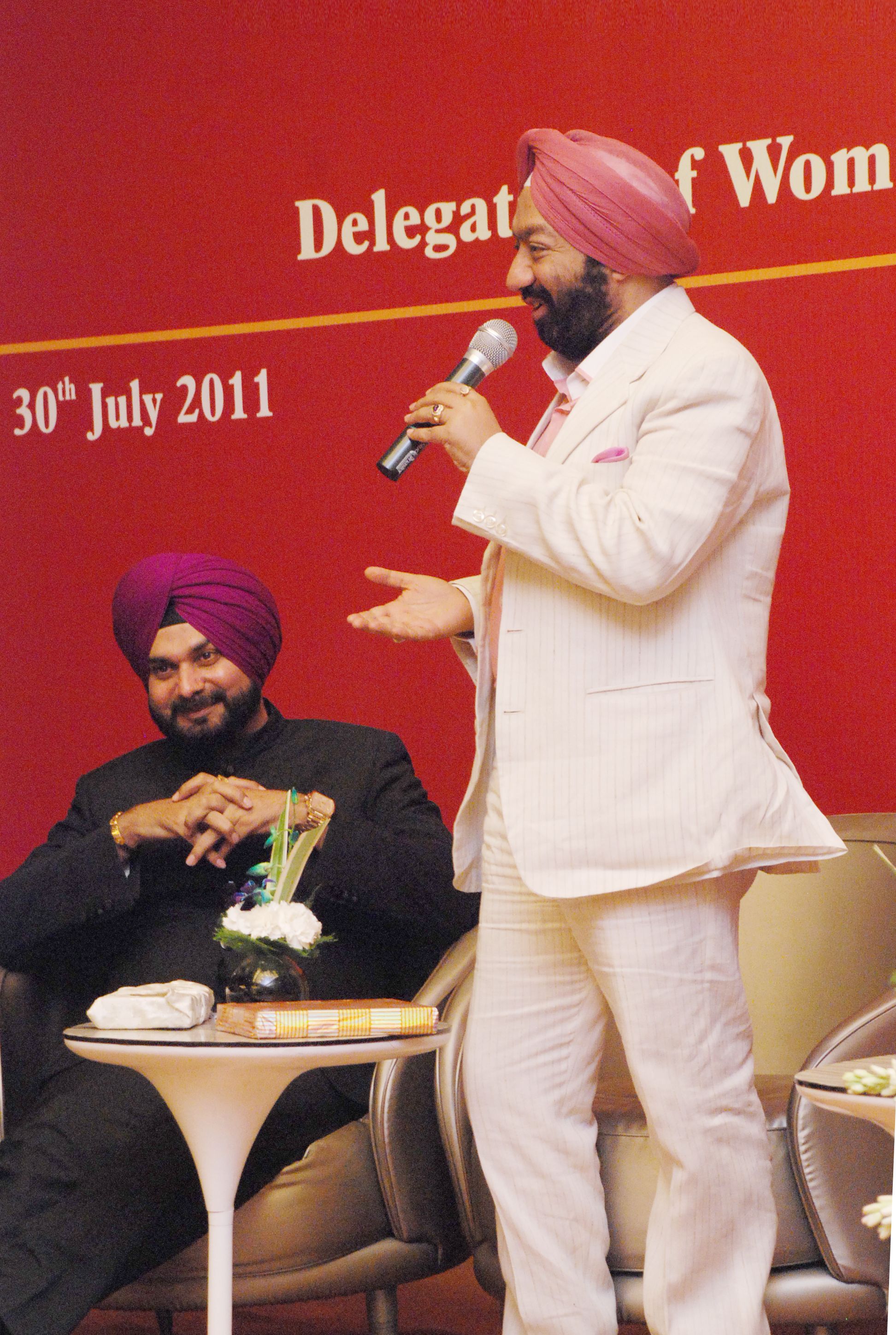